The Souls of Black Folk by W.E.B. DuBois

The Souls of Black Folk is a classic work of American literature by W. E. B. Du Bois. It is a seminal work in the history of sociology, and a cornerstone of African-American literary history. The book, published in 1903, contains several essays on race, some of which the magazine Atlantic Monthly had previously published. To develop this work, Du Bois drew from his own experiences as an African American in the American society. Outside of its notable relevance in African-American history, The Souls of Black Folk also holds an important place in social science as one of the early works in the field of sociology. (Wikipedia)

Native Son (1940) is a novel written by African-American author Richard Wright. The novel tells the story of 20-year-old Bigger Thomas, an African-American youth living in utter poverty in a poor area on Chicago's South Side in the 1930s.

While not apologizing for Bigger's crimes, Wright portrays a systemic inevitability behind them. Bigger's lawyer makes the case that there is no escape from this destiny for his client or any other black American since they are the necessary product of the society that formed them and told them since birth who exactly they were supposed to be. (Wikipedia)

The Bluest Eyes by Toni Morrison

The Bluest Eye was written by Toni Morrison in 1970. A single mother of two sons, Morrison wrote the novel while she was teaching at Howard University .[1] She centers the story around a young African American girl named Pecola who grows up during the years following the Great Depression in Lorain, Ohio. Due to her dark skin color, Pecola gets taunted for her appearance as the members of her community associate beauty with "whiteness". She ultimately develops an inferiority complex, which fuels her desire for blue eyes. The point of view switches between the perspective of Claudia MacTeer, the daughter of Pecola's foster parents, and multiple third-person limited viewpoints. Due to the controversial issues the book raises such as racism, incest, and child molestation, there have been numerous attempts to ban it from schools and libraries.[2] (Wikipedia)

Betsy Brown, This is a unique and vividly told novel about a girl named Betsey Brown, an African American seventh-grader growing up in St. Louis, Missouri. While rendering a complete portrait of this girl, author Ntozake Shange also profiles her friends, her family, her home, her school, and her world. This world, though a work of fiction, is based closely and carefully on actual history, specifically on the nationwide school desegregation events of the Civil Rights movement in America’s recent past. As such, Betsey Brown is a historical novel that will speak to and broaden the perspectives of readers both familiar with and unaware of America’s domestic affairs of 1950s and 1960s. (GoodReads)

Juneteenth is Ralph Ellison's second novel, published posthumously in 1999 as a 368-page condensation of over 2000 pages written by him over a period of forty years. It was originally written without any real organization, and Ellison's longtime friend, biographer and critic John F. Callahan put the novel together, editing it in the way he thought Ellison would want it to be written. (Wikipedia) 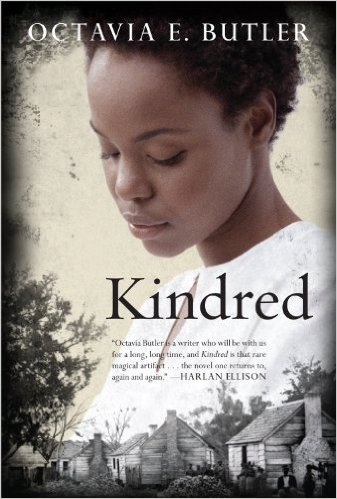 Dana, a modern black woman, is celebrating her twenty-sixth birthday with her new husband when she is snatched abruptly from her home in California and transported to the antebellum South. Rufus, the white son of a plantation owner, is drowning, and Dana has been summoned to save him. Dana is drawn back repeatedly through time to the slave quarters, and each time the stay grows longer, more arduous, and more dangerous until it is uncertain whether or not Dana's life will end, long before it has a chance to begin. (Amazon) 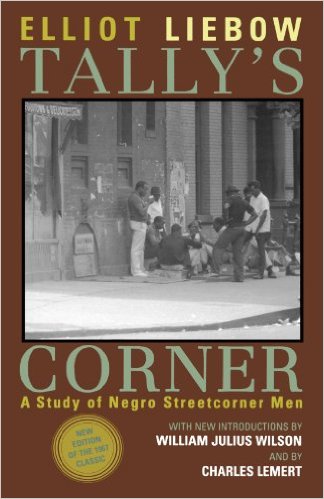 A sociological classic selling more than one million copies, was the first compelling response to the culture of poverty thesis that the poor are different and, according to conservatives, morally inferior—and alternative explanations that many African Americans are caught in a tangle of pathology owing to the absence of black men in families. The debate has raged up to the present day. Yet Liebow's shadow theory of values—especially the values of poor, urban, black men—remains the single most parsimonious account of the reasons why the behavior of the poor appears to be at odds with the values of the American mainstream. (Amazon)